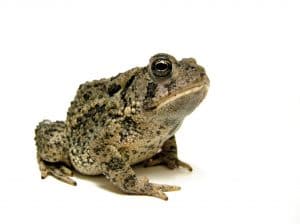 As we’re speeding toward the widely predicted Sixth Extinction, thinking of our doomed heirs and the possible loss of this beautiful planet, there’s much talk of the larger species: predators that keep the water, land, regional animals, and indigenous flora balanced. We tremble for the majestic ancient creatures too:  elephants, rhinos, giraffes, apes and monkeys, whales and dolphins.

Bigger birds also are in our sights: eagles and hawks, storks and flamingos, herons – all of them threatened by poisoned waters and diminished safe foods. In short, destroyed by human greed that disregards and deregulates any sane efforts to help us have clean waters, fresh air, and fertile soil.

Where do we start if we want to add our own little ounce of strength to solving the horrible problems facing us?

For me, it was with the frog, ranging from the size of a newly discovered mini-frog, only .27″ long, to the critically endangered Goliath Frog, 13″ long.

When I first read Elizabeth Kolbert’s article on the sixth extinction, predating her book of the same title, I learned that bats and frogs are threatened by a very similar fungus, white nose disease in bats, and chytrid fungus in frogs. The frog caught my interest.

Older than dinosaurs, frogs have survived no end of natural disasters. Now humans are killing them in vast numbers.  The normal previous rate of extinction of a frog species was one in every 500 years; now we have lost 200 species in a little more than 20 years. Out of 6,000 species, 2,000 are endangered because of, to name a few, climate change, habitat destruction, disease, and poaching, No, humans don’t need to eat frog legs (millions are killed for food that WE don’t need).

Frogs are not alone; according to the Intergovernmental Science Policy Platform on Biodiversity and Ecosystem Services IPBES on the order of a million species are also faced with imminent extinction.

Besides the frog’s sturdiness, their most important trait is that they are bioindicators.  They show us what is coming. Research like that of Tyrone Hayes  can warn us of dangers to higher species.  It also made Dr. Hayes a target of vicious slander and attack by the pesticide company wanting to prove that atrazine is harmless. It is NOT harmless to frogs or to any species. More human birth abnormalities? Think poisons.

Frogs also are keystone species, affecting other flora and fauna above and below them in the food chain. What do frogs eat? What eats frogs? What poisons the food of the animals that are themselves food? And what is the impact on the land when the last and lowest of the last are depleted?

This precarious balance between the eaters and the eaten hold the world together. Working for the survival of frogs is a fascinating way to work for the future of our earth.

Frogs eat the insects that make us ill sometimes unto death, and torment our nights with bombing and buzzing.  Bullfrogs dine on smaller frogs and even small birds.

And then, sated, frogs are food for owls, hawks and other birds. 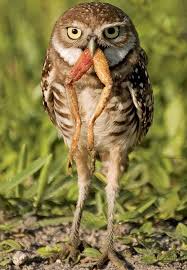 love them. Foxes and otters do too. Bigger bugs and fish eat frog- spawn and tadpoles. Frogs have little chance to escape the large quick nets and traps humans set for them.

Frogs are essential, yet they are dying all over the world. SAVE THE FROGS! is an organization dedicated to becoming one of the most effective international environmental groups in the world, and I have been fortunate to have been informally affiliated with it for the last 10 or 12 years.

Frogs are beautiful and hilarious. They startle us and we laugh. Their sounds range from sweet songs to raucous shrieks and burps. They’re entertainers, and although a few species might poison us if we mess with them, they largely keep us gentle company.

And so was born A Frog House, my own lent and local ounce of strength.  Much to my delight, it encompasses ALL of my interests and/or training, author, artist, activism, biology, ecology, educator, entrepreneur, environment, group leadership, networker, politics speaker, and psychiatrist.

A Frog House brings me into contact with the most interesting people as we move forward together to conserve, develop and preserve green spaces and biodiversity. We are staunching the toxicity that is coming from carelessness and greed. Money is necessary to support our activities for town and village wetland projects and events. A Frog House Holiday and Annual Fundraiser are underway. Please donate here!

Save the Date of April 25, 2020, for the all county Nature Symposium honoring Save the Frogs Day, Earth Day, and Arbor Day, to be the subject for next time).