After lunch, the local guide Walter took us on “El Gran Cacique” (“The Great Chieftan”) hike. He was equipped for the job he said, because his father was a Shaman, or medicine man.

The first major stop was at a giant Ceibo tree. The anchoring roots are can grow to 50 feet, and the trees can be as old as a million years.   The tree itself can grow to 230 feet high.

Ceibo seeds are a source of cotton, the fibers of which are used to seal and wrap dart guns, as well as to form stuffing for pillows, mattresses, and other furnishings.  The bark can be used for headache, diabetes, diuresis, and even as an aphrodisiac for love.  Ceibo trees have a love-hate relationship with fig vines, which can strangle and kill even a giant tree, but also protect them against falling in storms.

The walking tree is so called because of the long thin above ground roots that appear to shift with the sun, but actually, the shape changes as new roots grow out of the trunk over time.

Walter showed us several ways of using the palm plant, making a woven cap, crowns, as well as a back scratcher by cutting the leaf fronds from the stalk.

Tree trunks, and white fungus every bit as lovely as an orchid, offered many images and patterns 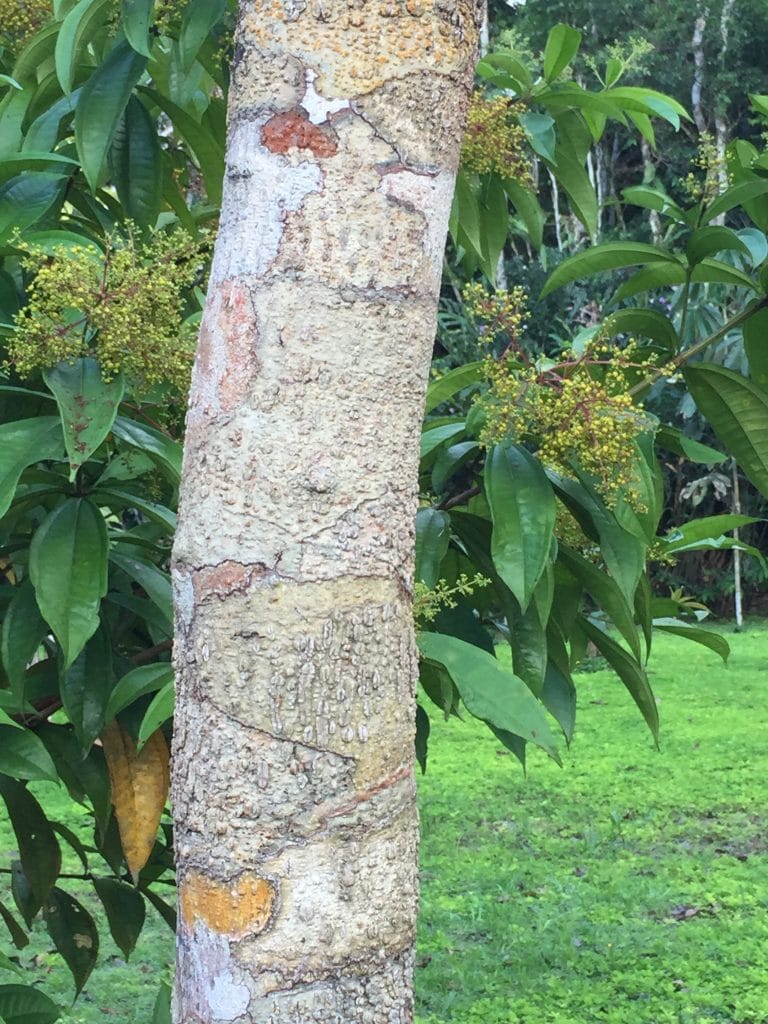 We saw a bullet ant, which apparently has a sting that hurts as much as being hit by a bullet. and a lovely wasp nest.

It was pouring rain, the trail was slippery mud, and I did my first face plant (out of three). Jaime, Victor, Connor, and few other of the crazies stayed out much longer, but a warm shower and bed time was just what this little lady needed!