A Thanksgiving address; A better way in 2020 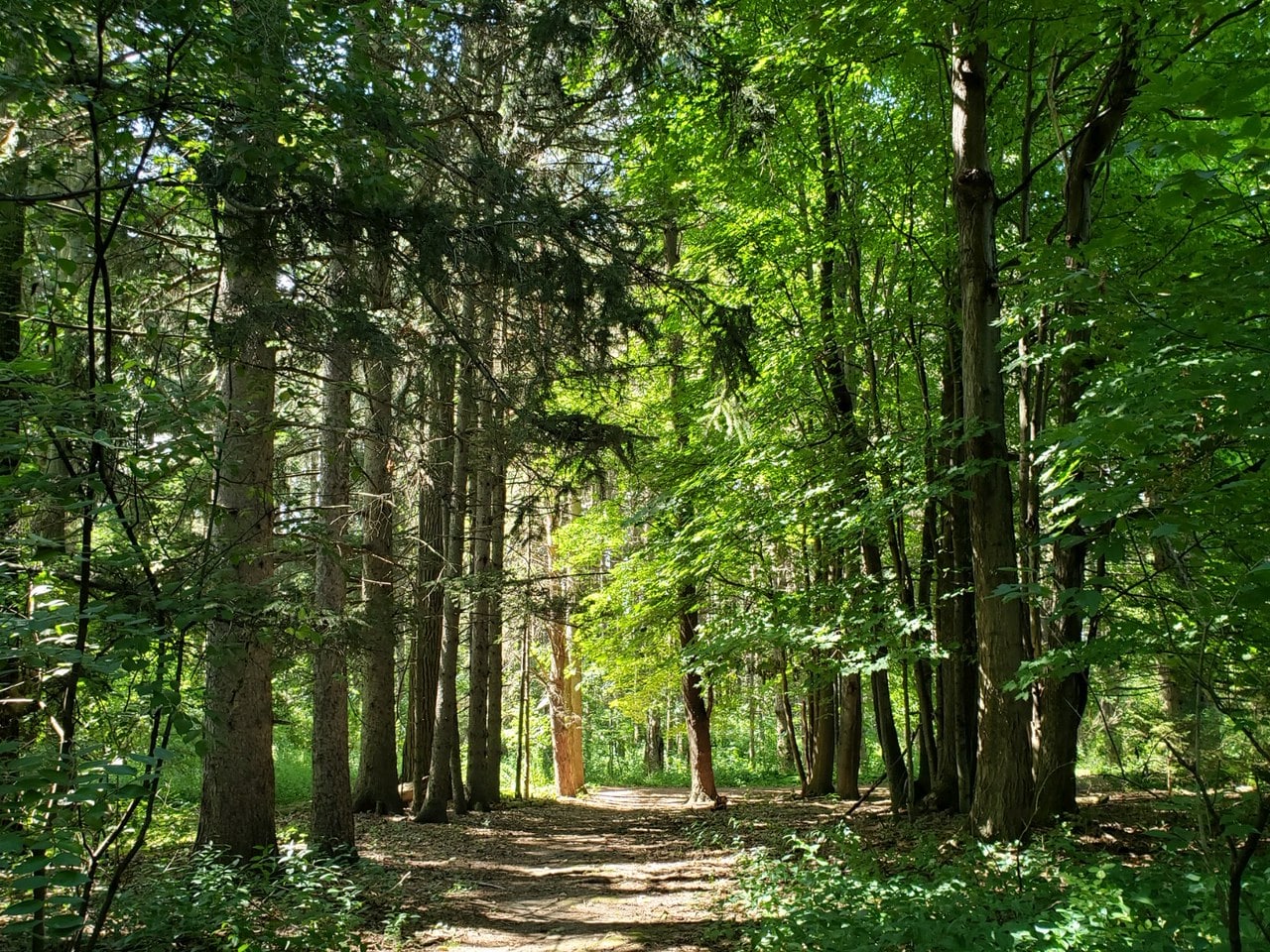 We have just celebrated a holiday originated by the indigenous people of North America. For many in the United States, Thanksgiving is an occasion to slaughter 46 million turkeys, and  make oneself sick on too much food and drink. For some, the next three weeks will involve crazed commercialism.

There is a better way. Instead, we could peacefully celebrate and plan together for life ahead.  Here’s how the team at A Frog House is doing that.

Village Arboretum: On November 7,  A Frog House officers and environmental advisors learned more about Village Mayor Robert Corby’s prerequisites and vision for a pristine educational and recreational sanctuary on the Village’s 13 acres of land.

First, however, the Village has some housekeeping chores at the Department of Public Works (DPW) facility.  The plans for “Mission Cleanup” have to include removing or relocating the gravel near the DPW building.  The structure itself  has to be updated or replaced. Public interest and pressure to move on this could be helpful.

Trails actually have been usable in the Village property for 20 years, and preservation efforts have been going on for almost as long. This provides the rationale to declare the property park land. With that designation, the Village is eligible for grants which come up periodically from the NYS Office of Parks, Recreation and Historic Preservation.

In the future, a grant would support the development of the coding, village approval, writing and execution of a comprehensive plan and design.  The next steps would include removal of invasive plants and trees, preserve and if necessary plant, native ephemeral plant species and trees on the property. The project would be completed with  interpretive signs and a center.

Plans for our Nature Symposium: A Frog House team also started planning the 2020 Save the Frogs Day/Earth Day/Arbor Day on April 25th.  Dr. John Waud, retired professor of Environmental Sciences at Rochester Institute of Technology (RIT), knows people at the department who teach citizen science and awareness, environment affairs,  and wetland restoration at High Acres.  He also is friends with activists at Braddock Bay Bird Observatory, the Rochester Bird Association, and the Cornell Lab of Ornithology.  A Frog House will be in touch with them about speaking at the Nature Symposium within the next two months.

Waud himself is interested in talking about the case for the extension of park land in the 1 Village Lane lot.

Involving School Students in Conservation and Citizen Science Activities: The curriculum topic would be a perfect segue to Mr. Ken Martin, a member of The Mohawk Tribe who majored in environmental education at University of Michigan, Dearborn.  There he wrote his senior thesis on the Great Law of the Nations as a sensible conservation approach. He also was recently active in Friends of the Rouge River Restoration in Michigan before moving here.

Martin has spoken to the directors of science curriculum elementary and middle schools of the Pittsford Mendon School District about involving students before and on the day of our Nature Symposium.  He suggested that the kids  take part in a poster contest for our  April 25 event. He is thinking of teaching them Seneca and Mohawk words for plants through a field trip to the Ganondagan Center.  The teachers are excited  about involving students in some Citizen Science activities, such as measuring rainfall to submit to Governmental Information Services.

Mr. Martin has completed a proposal for a survey of the adjoining Town and Village acres of wooded land.  The objective of the four phase activity is to identify and catalogue both native and/or non-native species of  plants and animals that thrive in the natural area. School children also could help with the survey and preparing interpretative signage.

Following Native American Ways:  Ken’s most touching input addressed the Thanksgiving of the Haudensaunee and other native Americans. The following information is  adapted from his senior thesis.

“At the beginning of each of the thirteen festivals held throughout the year, our tribal predecessors recite the Ohen:ton Karihwatehk:wen (Words that come Before All Else), also known as the “Thanksgiving Address.”  Considered so important to life itself, the address has become woven into ‘The Great Law.’

“This address is recited to show gratitude for eco-system services provided by the Earth and all other living organisms and to remind the people that these services and other living beings should never be taken for granted.

‘Whenever the statesmen of the League shall assemble for the purpose of holding a council, the Onondaga statesmen shall open it by expressing their gratitude to their cousin statesmen, and greeting them, and they shall make an address and offer thanks to the earth where men dwell, to the streams of water, the pools and the lakes, to the maize and the fruits, to the medicinal herbs and trees, to the forest trees for their usefulness, and to the animals that serve as food and give their pelts for clothing, to the great winds and the lesser winds, to the Thunderers; to the Sun, the mighty warrior; to the moon, to the messengers of the Creator who reveals his wishes, and to the Creator who gives all the things useful to men, and who is the source of health and life. Then shall the Onondaga statesmen declare the Council open. The Council shall not sit after darkness has set in (see expanded version at Native American Rights Fund)’

“The Haudenosaunee conserved their natural resources not only for the present, but also for coming generations. They made it a habit to always think of the next seven generations before acting upon a decision, no matter what the subject was, they weighed how it would affect those not yet born.”

Becoming Human:  In that vein, how do we grow in reverence for all that is given to us, without greed, with respect for and curiosity about everything and everyone around us?

In the last year, I have come to be more certain than ever that to do that, it would be effective to learn empathy and understanding towards ourselves and others.

For this reason, in January A Frog House is launching two weekly 14 session series on Compassionate Communication for Conserving Creation (CCfCC), based on Non-Violent Communication principles and techniques.  A modest fee for the series will support A Frog House.

If  you are interested in participating in either of the two CCfCC workshops, and/or wish to be an audience member, a volunteer, speaker or donor for the Nature Symposium on April 25, 2020, please contact Margot Fass,

Here’s to another kind of Thanksgiving in 2020.

And please come to the Alternative Fair!