The gondola ends on a plateau, where there some hills and hiking trails. We had been warned that it is cool up there, and somehow I missed or forgot that signal. Before setting off, I had proudly, for the first time, used the feature of my hiking pants that allowed me to convert them into shorts. When we got to the top, I discovered the folly of my ways, and had to zip the bottoms back on again. By the time that was done, and after I paid the 50 cents that is required for 10 squares of toilet paper (EACH and EVERY time you go in, whether you need it or not), the rest of the group had disappeared.

It was sunny and pleasant up there, but the altitude was so high, I never would have been able to keep up with my fellow travelers, as I felt a little dizzy and weak. Taking my time, I got what I think are a few nice photos in the reserve.

As I contemplated the bridges,

the clouds below eye level,

the formations of those clouds, and the peek holes through the branches, the thought came to me that I was having a sacred moment, and that there was nothing I could possibly be missing.

Back at the cafeteria at the edge of the mountain, I ordered hot chocolate. After drinking it and wandering around a bit, I discovered my beautiful magical walking stick that Cesar had cut for me was gone. The woman at the chocolate counter called me over to retrieve it. Chris, Brian and Melvin arrived, and they also had hot chocolate.  When the rest of the group all got back, we started down the teleférico. I was in the last group to go.

At the bottom, I realized my staff was gone again! Clearly it had been on the bench where I was gathering my things together to leave. The gondola was about to close, the group had all gathered and were waiting to get on the bus. 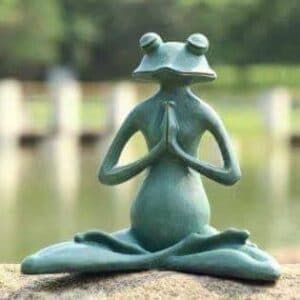 I was sad. So much for my spiritual moment, wondering what I could possibly be missing.

Finally I comforted myself that it was better to leave it there for another hiker to use than to have it confiscated (which I’m sure it would have been) at the airport terminal. The palm stalk had been a good companion from Anaconda on.