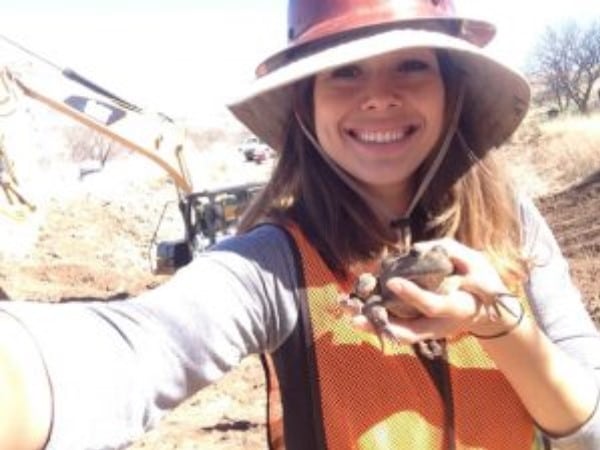 After an early dinner at Restaurant El Crater, Michael led a talk about what we could do when we got back to our respective homes. Here are some of the things we discussed.

Dr. Tyrone Hayes, a professor of Integrative Biology at the University of California, Berkeley, is one of my personal heroes. A book, The Frog Scientist, by Pamela S. Turner and Andy Comins, is about him, and what goes on in the worlds of politics, money and health, and is great for children. (https://www.commonsensemedia.org/book-reviews/the-frog-scientist)

Dr. Hayes originally was contracted by Novartis (later Syngenta) to prove the safety of Atrazine. Hayes was quickly cut off from research funding when he found quite the opposite, and reported hormonal and anatomical abnormalities due to this chemical, such as eggs in males, gonads in females, and extra legs in frogs.

The Swiss manufacturer (Syngenta) and a corrupt Australian Pesticides and “Medicine Authority” (quotes mine) has spent billions of dollars to discredit Hayes’ research. So far, the research prevailed in a multi-million dollar settlement by Illinois Water bottling companies against Syngenta. The US Environmental Protection Agency sided with the corporation by finding Atrazine “safe”, but fortunately, it was banned at least in Europe in 2004.

Dr. Hayes blames Atrazine for a large part of the global loss of amphibians, as well as for health issues in humans. He has spent his life as an educator and advocate for the review of the use of chemicals to prevent health consequences to humans, has published hundreds of papers, and traveled extensively to talk about his findings.

Victor H. Luja, our own SAVE THE FROGS! advisor and group member, is an educator/advocate in Mexico, and he was with us the whole time! His professorship in the University both allows and requires publications, one of which has a title longer, probably, than the frog he is writing about, La Rana Arboricola.

Victor recognizes that the real hope for frogs lies as much or more with the people of the land rather than within university walls. Therefore, with the help of SAVE THE FROGS!, the book is designed for the ranchers of the oasis, with information on biology and the natural history of Rana Arborícola written in a way to make the science practical and accessible to those who need it most.

While I haven’t discussed it with Victor yet, as an educator, I think it would make a really interesting research project to compare the awareness and specific protective actions by the residents of this area both before and after the distribution process.

Kathlyn Franco Osagie wasn’t with us on the trip, but she was a presenter with Kerry Kriger about wetland construction as part of our SAVE THE FROGS! 90 Day Challenge in 2015. She has worked closely with wetlands ecologist Tom Biebighauser.

The amazing thing is that wetlands are like highways; build them, and they will be populated. Ten Tips to Give Frogs a Landing Pad

The creation of wetlands is one of the most important activities of SAVE THE FROGS! and as of February 2017, the organization had assisted in the construction of twenty nine.

Nick Gustafson is a good SAVE THE FROGS! friend, who does his advocacy and teaching through art. Nick is a big supporter, providing a number of frog posters, paintings, and photos. Artwork and Photos.

Nick has helped with and sometimes won my favorite SAVE THE FROGS! event, the Art Contest. When I go into schools, I leave a poster in each classroom I visit. The children and teachers always love them, and I have heard reports back that certain schools have whole units designed around the contest. The Core Curriculum includes The Life Cycle of Frogs in 2nd grade and Frog Diversity Threatened in 3rd. Two posters stapled together made a great sign for me this year Earth Day, attracting attention, admiration, and picture taking.