Located near the Canal Tow Path of the Erie Canal in Pittsford, NY, behind 65 State Street

Honoring Life, One Frog at a Time

A Frog House, our magical little house on the Erie Canal in Pittsford, educates visitors about amphibian survival through recreational events and workshops for children and adults.

We work with local governments to protect wetlands and establish parks with ponds, and educate visitors about the impact of lawn and garden poisons on life itself.

We teach compassion and compassionate communication skills for the sake of all life, from frogs at the bottom of the food chain through homo sapiens at the top, by modeling responsible land and water use and maintenance. 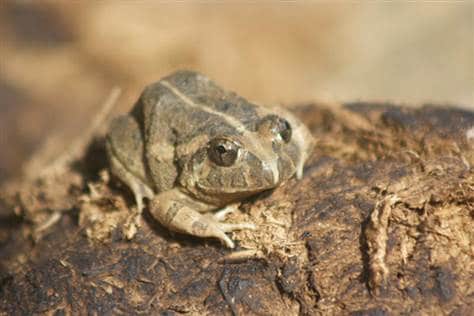 When most people hear of frogs, they respond with amusement or curiosity.

It’s less commonly known that they have an essential role in maintaining ecological balance, and their diminishing numbers are a huge piece of the looming Sixth Extinction. 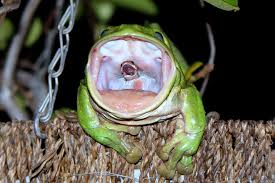 Frogs are at the bottom of the food chain….

…so their poisoning by pollution and chemicals, climate change, and the devastation of wetlands and habitat by mindless development mean that all the creatures that prey on them are disappearing as well—and up the food chain! 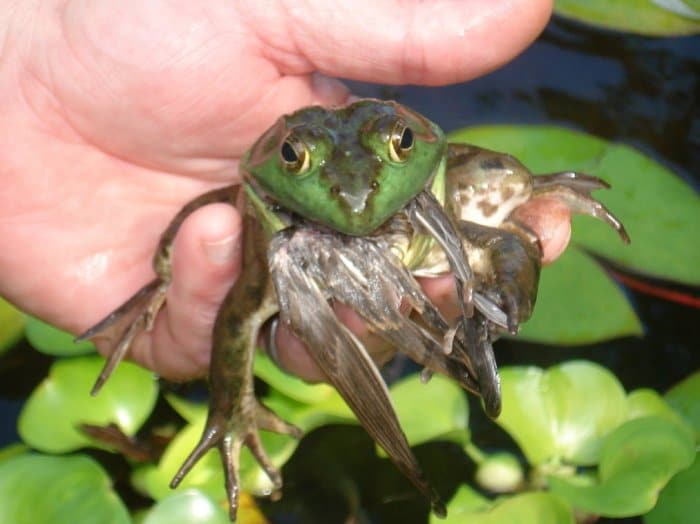 Let’s work together to honor life, one frog at a time.

Glyphosate is the weed killer more commonly known as Roundup. It’s used on food crops, sold for lawn and garden use commercially, and sprayed on public property like parks to control weeds.

However, it’s been proven to be a highly dangerous chemical and we need one final push to get it banned in public parks here in NY state.

Made by Monsanto, Glyphosate has been linked to cancer and other illnesses, and may even be contributing to the decline of honeybee populations. The World Health Organization’s International Agency for Research on Cancer formally classifies glyphosate as a probable carcinogen.

It’s on the way to being banned or phased out of use in over a dozen countries in the EU and around the world, including Germany, France, Saudi Arabia, Australia, Brazil, and more.

Here in the US, it is restricted or banned in several states, but it’s still commonly used in agriculture, school lawns, and parks.
While we can’t ban its use completely yet, right now New Yorkers have a chance to ban it in our parks across the state.

Soon, bill Assembly A732b will cross Cuomo’s desk. This bill will ban the use of glyphosate on all state-owned property in New York State by December 2021. The bill has already passed both the State Senate and the Assembly, and now only needs Cuomo’s signature to be signed into law.

Sign our petition to send a clear message to the governor that we want safer parks and a greener New York.
Banning the use of glyphosate on public property would mean that parks and schools in New York would be free of a pesticide that harms people, pets, and wildlife.

WE, THE CITIZENS OF THE STATE OF NEW YORK, REQUEST THAT THE HONORABLE GOVERNOR ANDREW CUOMO

Sign and pass into law the bill Assembly A732b, banning the application of Glyphosate on state property.

Being the stand-in educator on the Sam Patch required many hats. Juggler’s, Historian’s, Environmentalist’s, Activist’s, Geologist’s, Politician’s. No wonder my head is spinning. … Read more.

It's easy - event is only 4 weeks from. yesterday--!
Read More

It’s Not Just About Frogs, But All of Us: Intersectional Environmentalism

This little tadpole, Margot, turned 80 on August 9th!  Please consider becoming a Patreon of her work -- in honor of her entrance into the nouveau octogenarian period of her life.
Read More

Are Pesticides and Other Chemicals Safe?

Are chemical products safe for my lawn and garden? The short answer is no. They all are bad for the environment, humans, and critters of all sizes…. Read more. 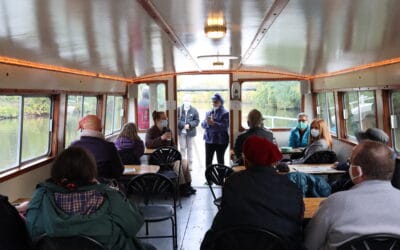 Being the stand-in educator on the Sam Patch required many hats. Juggler’s, Historian’s, Environmentalist’s, Activist’s, Geologist’s, Politician’s. No wonder my head is spinning. … Read more. 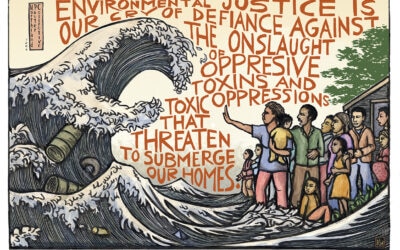 It’s Not Just About Frogs, But All of Us: Intersectional Environmentalism

Learn about our upcoming activities at A Frog House and our conservation efforts in the Town of Pittsford.

Do you like our work on behalf of the frogs?

Thanks for these uplifting updates

Thanks for these uplifting updates and for all you are doing! We are glad to hear that the Nature Symposium on April 25 is still happening online.

Thank you for your efforts on behalf of the natural world!

I certainly wish you the best and thank you for your efforts on behalf of the natural world!

THANK YOU for all your efforts on behalf of frogs!

I applaud your efforts

I applaud your efforts in putting together an event such as yours.